The Dawn of Gaia 2011; Selected Scripts from TV Business Documentary 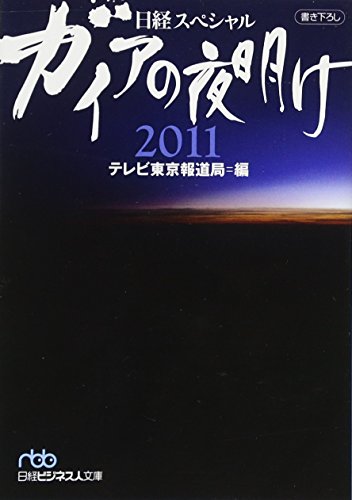 The Dawn of Gaia is a popular documentary TV series in Japan that examines business issues from a variety of angles. This book, which is the seventh in the series, is a compilation of stories from 2010. It presents a positive outlook on business, despite the surrounding difficulties for the Japanese economy, such as the recession, rising unemployment and competition from other economic powers.

Split into five chapters, The Dawn of Gaia 2011 tackles a series of issues with a positive perspective that highlights the ability of businesses to surmount these obstacles. Chapter 1 takes a personal approach, and shows how certain employees, elderly people and women, in particular, have overcome difficulties in order to attain suitable employment. Chapter 2 examines the connection between business and the global environment, particularly in relation to recycling and reusing waste resources. The second chapter also takes an in-depth look at the role of the automobile industry in combatting environmental problems, and the struggles within that industry to adapt to change in terms of switching from gasoline to electricity.

Chapter 3 focuses on sales, consumerism and deflation. Various consumer industries are undergoing drastic changes, and this chapter examines some of the struggles being faced by, for example, high-end department stores.

The sudden economic rise of China came as a surprise to some. Chapter 4 of The Dawn of Gaia demonstrates how this new money can be a positive thing for Japan, while looking at some of the peculiarities of the Chinese economy.

The final chapter very specifically hones in on Japanese technology and its fall and rise. Various examples of inventive and successful new technologies are provided in order to show that the future for Japan is promising.

This, the seventh edition in the series, is of particular interest for anyone looking to understand the background to some of the issues facing the Japanese economy. However, the book does not just present a series of problems. Rather, the authors carefully show how these issues are being surmounted, while providing business principles that will prove useful to entrepreneurs in any country.

Dawn of Gaia is based on a highly respected and long-running TV documentary series of the same name. The program is known for its investigative reporting into issues that have a genuine impact on the economy. Thanks to the weight of such authoritative backing, The Dawn of Gaia series of publications has a pedigree that few others can match.