Uniting the powers of management and work front to become no. 1 in the world 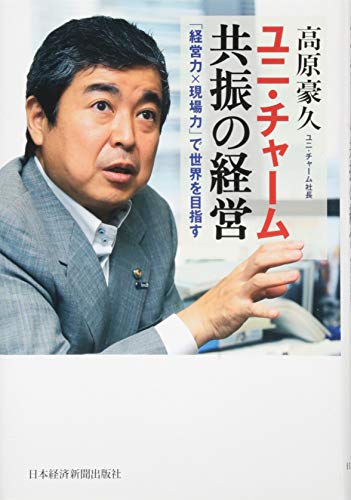 Takahisa Takahara, at the age of 39 in 2001, took over the position of Unicharm’s CEO from his father, Keiichiro Takahara, a charismatic founder of the company that is a leader in feminine hygiene products and baby diapers. At the time of the takeover, stock prices kept sliding, reflecting the uneasiness of having a seemingly unreliable CEO. Keiichiro scolded Takahisa, “Stock prices are falling because of you!” Takahisa recalls the incident “the biggest crisis in the firm’s history.” Takahisa knew he could not be like his father, who practiced a top-down decision making process. Instead, he came up with his own style, a “resonance based management.” This meant each and every employee must learn to think and act on their own, and together, everyone moves towards a mutual goal, resonating with one another. Takahisa developed his original management model he called SAPS (Schedule, Action, Performance, Schedule) management model. Because of SAPS, Unicharm’s employees do not wait for instructions, but they independently set their own goals, take action, and develop. Today, Unicharm has 60 percent of overseas sales, an increase from 10 percent in 2001, and sales have gone up three times as much as in 2001.

Chapter 1: Challenging the Asian market with the power of the work front
Chapter 2: Customers are everywhere in the world—how to practice overseas business development
Chapter 3: Creating a market—never seize to provide new ideas
Chapter 4: Making organizations with self-reliant people
Chapter 5: How to think about your job

The book shares the secrets to a significant breakthrough lead by a young second generation CEO, whom at first, not many believed could be as good as his successful and charismatic father. This is the first book written by Takahisa Takahara, president and CEO of Unicharm Corporation, who, in his own words, writes about how he came to turn more profit than his father Keiichiro. This is also a must read for those trying to expand business overseas. Takahisa himself flew to the target developing nations and successfully trained the people and developed organizations that can think and act on their own, not just waiting around for instructions from management. This book is full of tips on great management based on Takahisa’s past experiences and own philosophy.

Takahisa Takahara is currently president and CEO of Unicharm Corporation, which is no. 1 in Japan in feminine hygiene products and baby diapers. Takahara was born in 1961 in Ehime Prefecture. After graduating from university, he went on to work for a bank, and in 1991, joined Unicharm which was, at the time, run by Keiichiro Takahara, his father and founder of Unicharm. Takahara took over and became CEO in 2001.