Amazing Capabilities that Attracts the World

There is confidence here: technology, invention, culture, nature, and people! 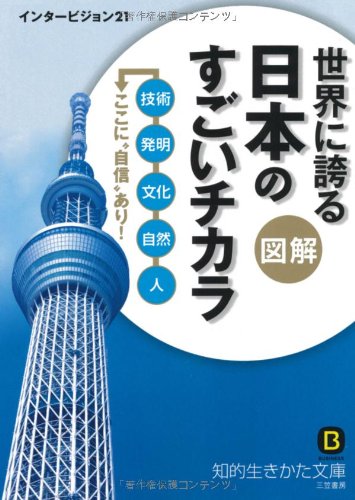 In Japan, there are many things Japanese people can be proud of, such as technology, inventions, culture, nature, people etc. With the use of illustrations and pictures, this book introduces Japanese capabilities and appealing qualities which have been highly acclaimed all over the world. For example, there are not many countries where you can drink water directly from a faucet. This is because of the excellent water purification technologyin Japan. In Phnom Penh, the Cambodian capital, people were able to drink tap water with the help and technical cooperation of Kitakyushu City Water and Sewer Bureau. Also, Japanese people are called the world’s most punctual people. Additionally, Japan has several number ones in the world to be proud of in the manufacturing timepiece field such as the largest hourglass and the globe-shaped clock. In addition, the National Institute of Information and Communications Technology and the University of Tokyo jointly developed the world’s most accurate clock which will only be off 1 second in 65million years of use. There are more examples. The roof of Beijing National Stadium which was the main site of 2008 summer Olympics was made in Japan. A small Japanese company succeeded in development of the world’s thinnest surgical needle at 0.03mm. With world class Japanese elevator technology, it is possible to place a coin on the floor of the world's fastest elevator; and going either up or down, the coin will remain. Over 100 topics such as those listed above are explained with the aid of illustrations and pictures.

This book introduces Japanese capabilities and appealing qualitieswhich most Japanese people do not know but have been acclaimed all over the world. For example, Japanese whistles have been used at the world cup of soccer. The famous rotating serving table used with Chinese food was originally from Japan. “Emoji” used in Japanese mobile phones has spread worldwide. A reader commented that it is important to reevaluate Japan by learning about advanced technology in products that has not had their chance in the spot light. Also, the reader considered this book as an excellent book which demonstrates the true meaning of Japanese pride. It is highly recommended to read this book to gain more knowledge about Japan while having an enjoyable time finding unexpected or reconfirming information about Japan.

A company found in Tokyo in 1988 offering various different services such as advertising, sales promotion, edition of corporate magazine etc.