Japanese Firms that are NO.1 in the World 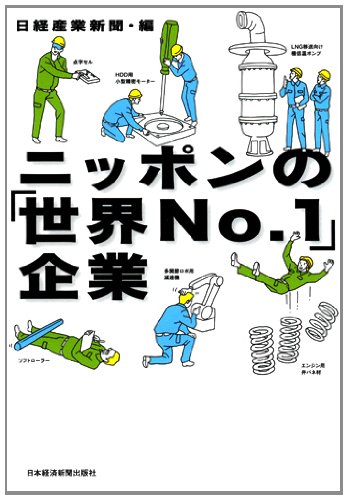 Tohoku Electronic Industrial boasts a near 100 percent share in the world market with their Chemiluminescence Analyzer, a photon counting device. Almost all materials generate extremely faint light as a result of oxidation reactions, in the process of deterioration. This analyzer can detect light that is about 1/10000 of a firefly’s glow, and analyze how much a certain material has deteriorated. Beer manufacturers and raw material manufacturers have been buying this product. Kyowa Hakko Bio has an 80 percent share in the world market with their Ornithine product. Ornithine has been shown to reduce blood ammonia concentrations by increasing ammonia detoxification in the liver, leading to fatigue recovery.

There are numerous Japanese companies that are highly skilled at manufacturing machine parts and raw material. When they first started out, luck and coincidence may have played a role, but earnestly improving what they are good at without being affected by surroundings, these companies became the one and only in their businesses.

Japan’s manufacturers are relocating production overseas because of the much lower wages. So how should they compete with firms of other countries? Seeking the answer to this question, Nikkei Business Daily has interviewed 54 “No.1 in the world” firms of Japan. This book is loaded with stories of how various companies used their unique skills to produce “money-making goods” and secured the world market. Find out about their different view of things, and how they increased their share in the world market. Readers will surely be surprised at the number of amazing companies doing so well overseas, and at the same time, they will be given ideas on how to light up the future of the Japanese economy.