The challenge for JINS 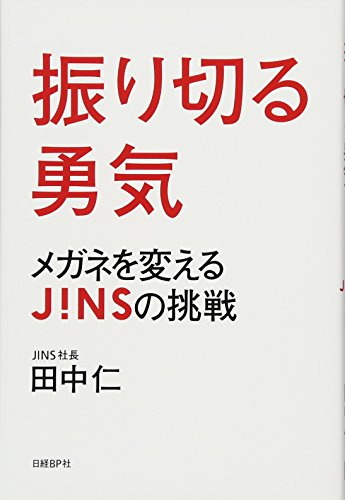 In the overall shrinking eyewear industry in Japan, JINS has continued its steady advance. The company has sold over three million five hundred thousand pairs of "JINS PC" Computer glasses, along with over ten million pairs of lightweight eyewear "Air frame". In addition, JINS is gaining further attention from their plan to market "JINS MEME- eyewear to see oneself" in 2015, which are glasses equipped to detect the wearer's level of fatigue as well as drowsiness.

Much of JINS' success is attributed to the leadership of Hitoshi Tanaka, founder and CEO. During the release period of "Air frame", Tanaka spent 5 hundred million yen on advertising expenses in a month, where previously advertisement costs had been approximately 1 hundred million yen per year. While sales of 2000 pairs per month would have been considered a great success for JINS during that time, Tanaka prepared 70 thousand pairs for release.

Tanaka's life as a manager had not always been in smooth sailing. There were times when the company ran into the red just when they had thought they yielded positive business results. Just before the success of lightweight eyewear "Air frame", stock prices had cut below 40 yen and the company was in danger of collapse. However, it was these mistakes and adversities that made Hitoshi Tanaka strong. They gave Tanaka the skill in determining when and when not to take risks for company success.

As a book written by Hitoshi Tanaka, founder and CEO of JINS, this is not intended to be a book on general business tactics. Rather, it explains how JINS as a specific company became successful. It includes various first hand experiences of the CEO, and reasons behind his novel strategies such as combining a cafe and eyewear store. One reader commented on JINS as "the UNIQLO of the eyewear industry". Tanaka accomplished success for JINS by determining when to have the company spend all their energy and go in full throttle. The challenges of Hitoshi Tanaka and JINS in becoming the most innovative eyewear company in the world will surely give the readers hope and power.

Hitoshi Tanaka is the CEO of JIN CO., LTD. Born 1963 in Gunma prefecture. In 1988, founds JIN CO., LTD and becomes CEO. In 2001, starts up eyewear business "JINS"、and in 2006, becomes listed in Nippon New Market Hercules (currently JASDAQ). In 2011, attends "Ernst&Young World Entrepreneur of the year 2011" held in Monaco as a representative of Japan. In 2013, becomes listed in Tokyo Stock Exchange First Section.