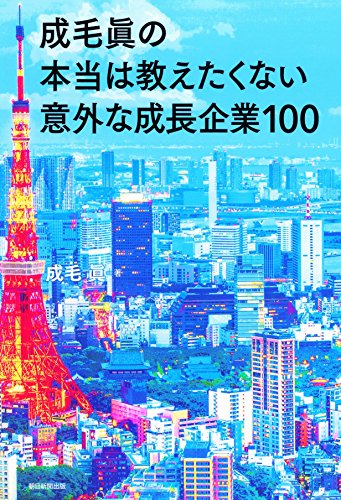 Chapter 1 25 companies that are bound to grow, influenced by the 2020 Tokyo Olympics

Chapter 3 12 companies that have lasted for many generations

Chapter 6 10 companies that have promising futures, according to Naruke

Following are examples of the companies introduced in the book;

Oiles Corporation, a leader in maintenance free bearing products that produced a seismic isolation system and controller for Toranomon Hills, a skyscraper complex.

SHO-BOND Corporation, which restored an elevated railroad bridge that was damaged by earthquake.

Yanagiya Machinery Co.,Ltd., a firm that has succeeded in the diversification of crab flavored sea food manufacturing equipment, and exports the equipment to 20 countries.

OTANI, a printing and name plate manufacturing company that has received several times the Inamori Keieisha Sho, an award for outstanding businesses.

Hamamatsu Photonics K.K., a manufacturer of optical sensors, electric light sources, and other optical devices, that has developed the most significant part for Kamiokande, a neutrino observatory.

Makoto Naruke, who in the past discovered the venture euglena Co., Ltd., now famous for developing single-cell algae based products including jet fuel, has written this book to introduce 100 companies he sees to have great potential. This is not a book about investment tactics or an introduction of firms aimed at job-hunters. Rather, Naruke shows the reader his idea of the business world of the future. The names of the companies he has chosen are from the very famous to the not-so-famous, but they are all, according to Naruke, businesses that have great potential and will still be thriving a decade from now. Using his unique clairvoyance, he introduces the 100 firms as businesses that will keep growing and changing without being confused by changes that surrounds them. In this book, Naruke paints a vision of the future.

Makoto Naruke was born in Hokkaido in 1955. After working for ASCII Corporation, he then went on to become Microsoft Corporation’s Representative Director. In the year 2000, Naruke founded the investment and consulting firm Inspire, and currently serves as its director and founder. He is also an external board member at Suruga Bank and a visiting professor at Waseda Business School.